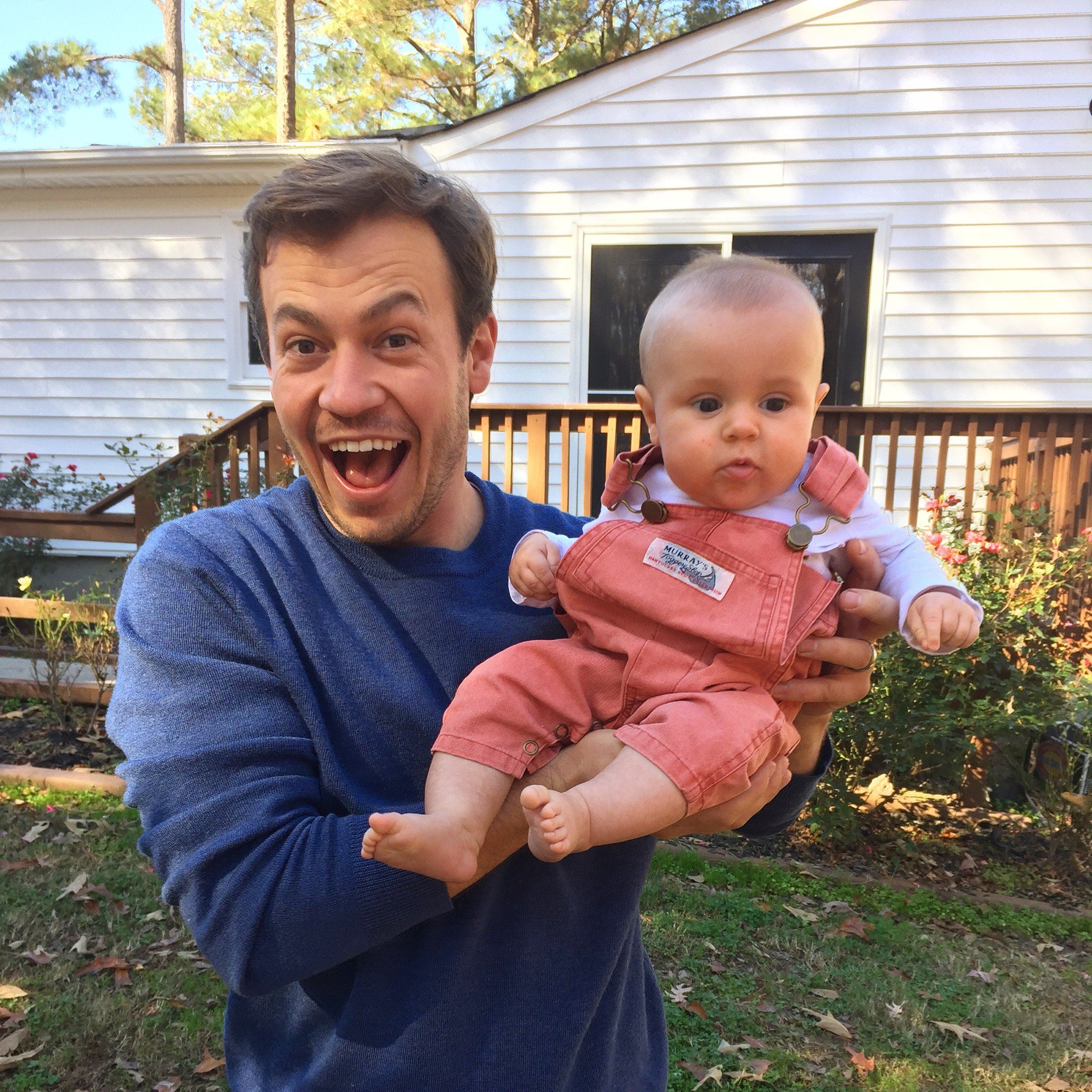 Today, like everyday since we found out, I woke up thinking about William’s diagnosis. Pearson Syndrome is not a pleasant waking thought. It’s not a pleasant thought at any time of day and I’m sorry to make you think about it now.

William is pleasant though. Actually, he’s the absolute best. He laughs now. You should see the buffoon I’ll make of myself to get one of those out of him! He smiles more often than he cries. He loves baths.

Transfusions don’t faze William, though he doesn’t enjoy having an IV put in. The needles don’t bother him so much, but the tight band around his arm really does. He only cries for a few minutes, though. He’s tough as nails. He’s had to be tougher in five months than I’ve had to be in my whole life. You can see why we call him Champ.

William is so lucky, in so many ways. His mother is amazing. William knows it, too. If Elizabeth is in the room, William’s eyes are glued to her. Watching my beautiful wife with William provides a new best moment of my life, every single day. The rest of William’s family is just as amazing. His grandparents are almost always around, even though they have to travel a long way. There’s always an extra set of hands when we need them, extra brains thinking through all the medical issues, and extra hugs to help Elizabeth and me.

Right now, William needs new red blood cells every month or so to correct his anemia. He’s neutropenic too, which makes infections a constant worry. Luckily, he hasn’t had one yet and we’re doing our best to make sure that he doesn’t. You should see the amount of hand sanitizer we go through! We’re prepared for William to experience more symptoms. Pearson Syndrome could affect his pancreas, kidneys, heart, brain and muscles. Eventually, William could be blind, deaf and diabetic. We don’t know what will go wrong and we don’t know when. There’s no way to say any of that nicely. There’s no optimistic spin to put on it. Someday, I’m going to have to explain it all to William.

When I have that talk with him, I want to honestly say, “William, you have Pearson Syndrome. It will be OK.” I can’t say that today. There’s research to be done, treatment to be improved, and a cure to be developed.