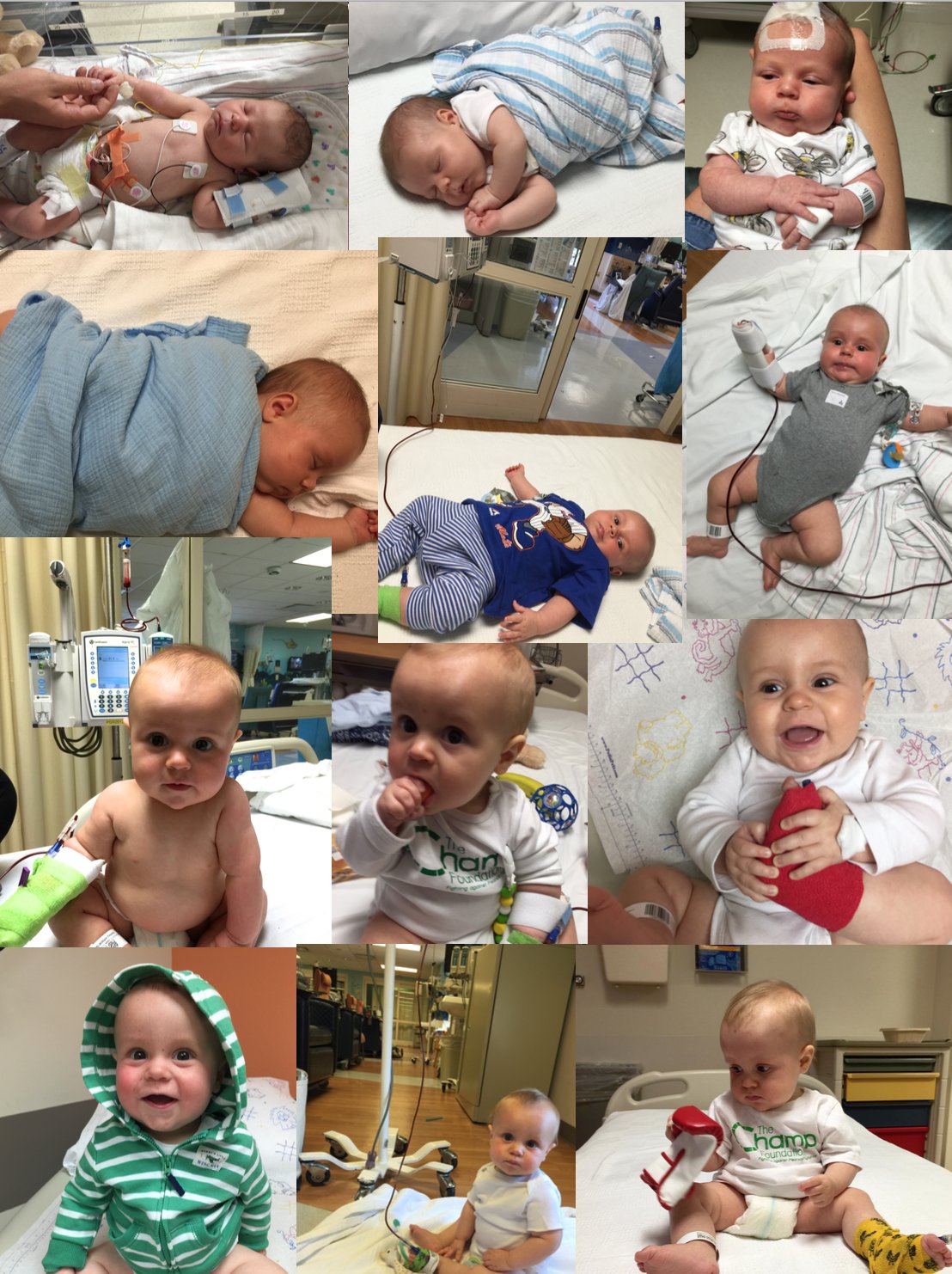 William is one! In his first year, Champ has spent a week in the NICU, had a bone marrow biopsy, and received more than 15 red blood transfusions. He has two cardiologists, two hematologists, a neurologist, endocrinologist, audiologist, ophthalmologist, gastroenterologist and a pediatrician. He’s had appointments at Boston Children’s, the Cleveland Clinic and Duke. He takes four different kinds of medicine every day and five on the weekends.

But, on the eve of his first birthday, we still consider ourselves so lucky.

William is growing. He is developing like a baby should. He walks and waves and laughs and dances! He is starting to talk and says “Dada” (despite my best efforts to get him to say “Mama”). He loves his slide and spends an hour a day in his outdoor pool. He sleeps through the night and wakes up smiling. He gives kisses and hugs and head bumps. He has been to Nantucket, Colorado, New York and Boston. He has flown in his dad’s plane. He has never had a fever nor an infection. We’ve only been to the emergency room once.

In addition to his stable health, we are also so lucky for the community that has emerged to support William over the past year. Both virtual and real life support has been overwhelming. From Facebook shares to the Buffalo Benefit, the support has come from all over the world and in so many forms. William had a birthday party at Duke with his nurses and doctors, in Orchard Park with his grandparents and cousins, and at our house in Durham with family and friends.

There has been a Champ Foundation cycling event in New York City, a Kentucky Derby party in New Hampshire and a party in Virginia Beach. Over the next few months, there is going to be a paddle-boarding race in Florida and a Champ Foundation Brooklyn Cyclones baseball game (July 22) benefitting the foundation. Our story was shared locally on the radio, newspaper and television, and The Champ Foundation was nationally highlighted on The Doctors.

William is a strong one-year-old boy fighting a tough battle, and he is so fortunate to have had a #champstrong community in his corner over the past year.

Happy William’s birthday to all of you. Thank you! Here’s to so many more!