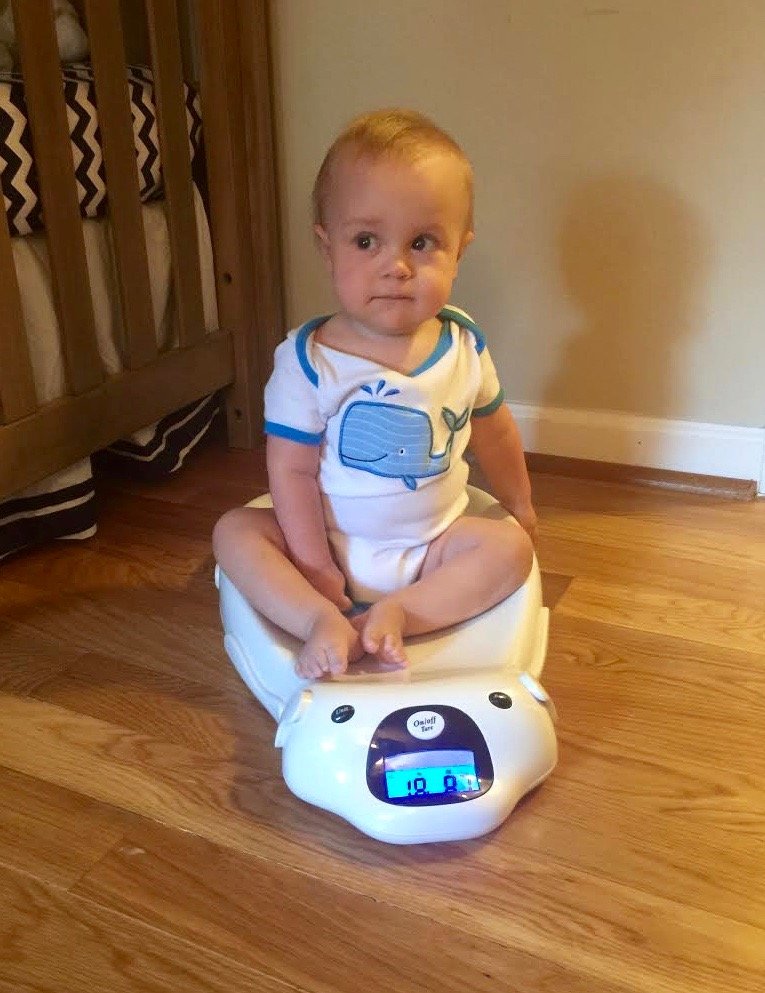 Many people have wondered how Pearson Syndrome actually affects William’s health and what medical complications we deal with on a day-to-day. To date, we are currently dealing with three main issues: anemia, neutropenia, and weight gain.

This was William’s first and most persisting medical issue. William was born with a hemoglobin level below 6. A normal baby should be closer to 16. He immediately received red blood transfusions. There are treatment options for persistent anemia (bone marrow transplant). While a BMT might fix William’s anemia, it would not fix the underlying diagnosis of Pearson Syndrome.

So, we are treating the anemia with monthly blood transfusions. On transfusion days, we arrive first thing in the morning and William gets a complete blood count. If his hemoglobin is below a doctor-designated threshold (generally 8 or 9) we transfuse. Next, William gets an IV. This is the worst part of the day. It really hurts to have an IV, it makes him mad to be held down by 3 nurses, and he hates the tourniquet! But, we have been so lucky that the IV team has been able to get a vein on the first poke for the last 8 months. While the idea of getting a port is always floating around, we are trying to avoid it as long as possible. After William gets an IV, we have to wait a few hours for the blood to be matched and ordered (thank you to anyone who has ever donated blood!!). We generally try to escape and get some lunch near the hospital. Once they have the blood, we go to the outpatient day clinic and get William hooked up. Then it’s just a waiting game! It takes about 3 hours. The biggest challenge at this point is entertaining a 13 month old in a hospital room!

While spending a day a month in the hospital, watching William get an IV, and needing blood products is not ideal, it has become manageable and routine. We very much wish this was our only issue.

When William was 4 weeks old, doctors discovered that he was neutropenic (low white blood cells) in addition to anemic (low red blood cells). This was the finding that led to a bone marrow biopsy and eventually a diagnosis of PS. Neutopenia is much more of a challenge day-to-day and definitely dangerous. After learning his diagnosis, our doctors told us that infection and fever were the greatest “life limiting factors.” William doesn’t have white blood cells to fight off an infection, and it could set off a chain reaction leading to metabolic acidosis.

This fear of infection has dramatically changed how we act. Prior to William, we were believers in the idea that kids should build immunity through playing in the mud and licking the jungle gym. Instead, we have turned into complete germaphobes! We don’t touch door handles or shared pens or elevator buttons. We awkwardly avoid handshakes. We never leave the house without Purell or Clorox wipes. I’ve asked to be reseated on a plane because a woman next to me was coughing (and I didn’t even have William with me!).

We also limit William’s exposure to everything. For awhile, we didn’t let him to have any interaction with other kids. As he has gotten older, we have tried hard to balance the fear of infection with some attempt at normalcy. We have play dates (but ask everyone to “scrub in” before they come in our home). We go to restaurants (but make sure William doesn’t touch the table, menu, or chairs). We go the zoos (but keep our distance from any other kids). We go to parties (but block anyone that tries to touch him). We go to the grocery store (but I wear him and never put him in the grocery cart). We go to the playground (but we walk around and watch other kids playing). We have family and friends visit (but know that any trip will be cancelled as soon as someone gets a sniffle).

In Pearson Syndrome’s world, where very little is known or understood, at least we can take very specific steps to limit William’s exposure to germs. It might seem crazy (and I’m sure people have laughed at the new mom putting Purell on her hands), but we are not willing to take any chances.

When William was about 6 months old, his growth started to slow down. We began to work with a GI and nutritionist at Duke to try and get him more calories. First, we supplemented breastmilk with formula and then we switched entirely to high calorie formula. He was gaining weight, but at a much slower rate than is expected.

Around 10 months old, I realized that William was only drinking a small percentage of what a normal baby gets. And, he would only drink 2-3 ounces at a given time (normal babies guzzle 8 ounces at once!). Further, he was not getting any significant calories from solids. He would happily try one or two bites of food, but then reject anything else I tried.

Right after his first birthday, our GI at Duke wanted to proceed with a feeding tube. I cried in the office, but came to terms that it would be the best thing for William. More calories would make him stronger and better enable him to fight off any possible future infection. We schedule the appointment for the following week. However, our team at the Cleveland Clinic immediately wanted to see him. Two days later, Jeff and I were meeting with the GI on the Pearson Natural History Study in Cleveland. This doctor suggested we wait on the g-tube. Even a relatively simple procedure can be very problematic for children with mitochondrial diseases (they don’t handle anesthesia well). And, the risk of infection from the stoma (basically an open wound) is significant. Instead, the Cleveland GI gave suggestions to try and increase calories for William. We have transitioned from formula to PediaSure and are adding coconut oil to every bottle (it’s pretty gross, but he likes it). And, we are trying a medicine to increase his appetite.

Today, we are so glad we held off on the g-tube surgery. William is still not a huge fan of food, but he is eating his high-calorie bottles. And, he sits in his high chair at least three times a day for solids. We try everything from baby food purees to mac-and-cheese to tomatoes. He also gets the not-so-occasional ice cream cone. We weigh him often on our scale at home, and he is showing steady weight gain.

Through it all William continues to be the Champ! Life with Pearson Syndrome is hard, but William’s little smiles, first steps and sweet kisses make it all worth it.