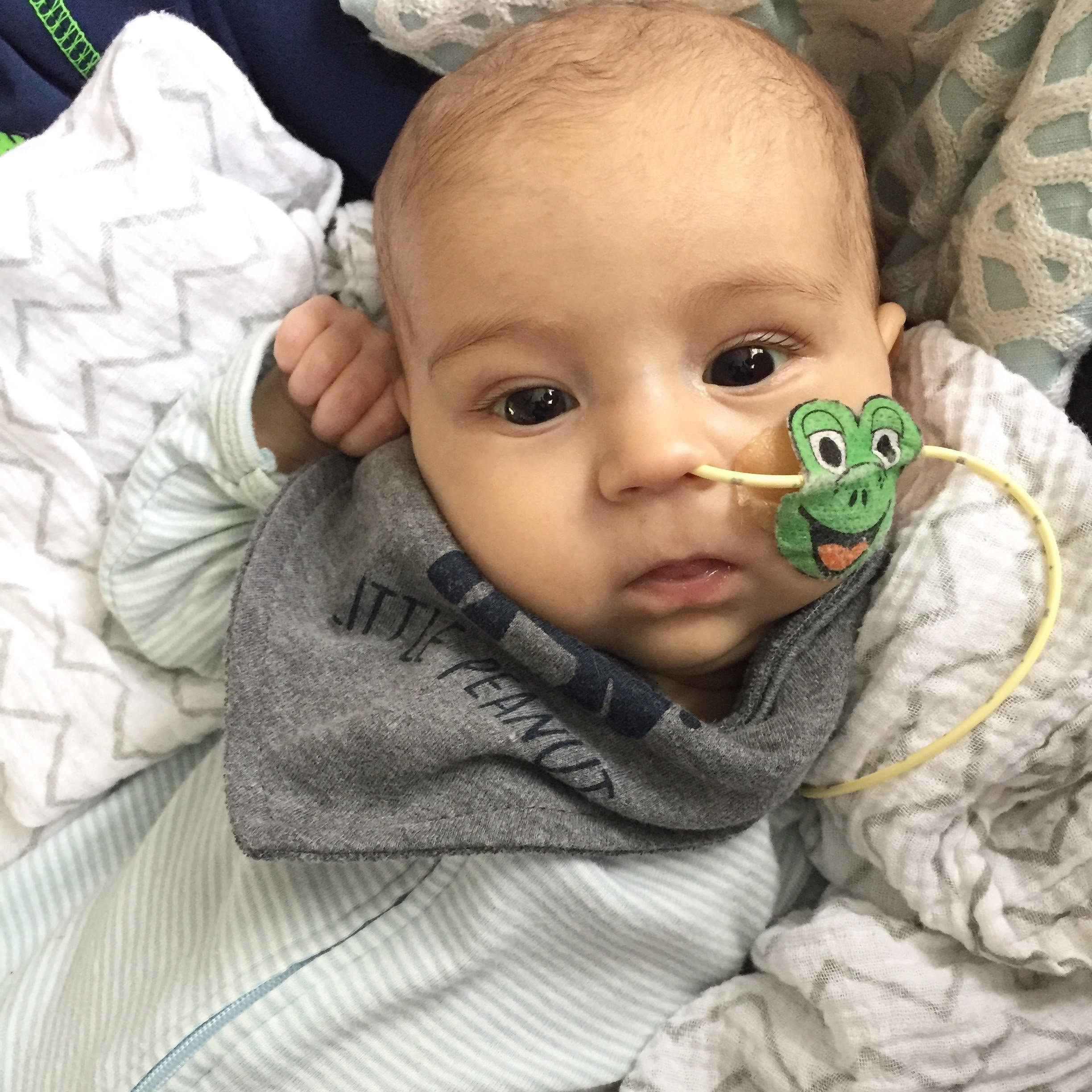 Minutes after Carson was born he was showing signs of distress. He was born with a hemoglobin of 5, an extremely high lactic acid level (highest was 22), a damaged liver, and many other issues.

At a day old his lungs collapsed and was put on ECMO, which he was on for about five days.

We spent about 80 days in the NICU at CHOP. Even after being sent home he lived off some of the highest doses of meds they’ve seen, tube feedings, weekly bloodwork & blood transfusions with tons of admissions in between. Sadly, at 10 months old he lost his life to an infection he contracted during one of his hospital stays.

Despite everything he went through, he was the toughest, sweetest, most beautiful little boy, and we miss him dearly.