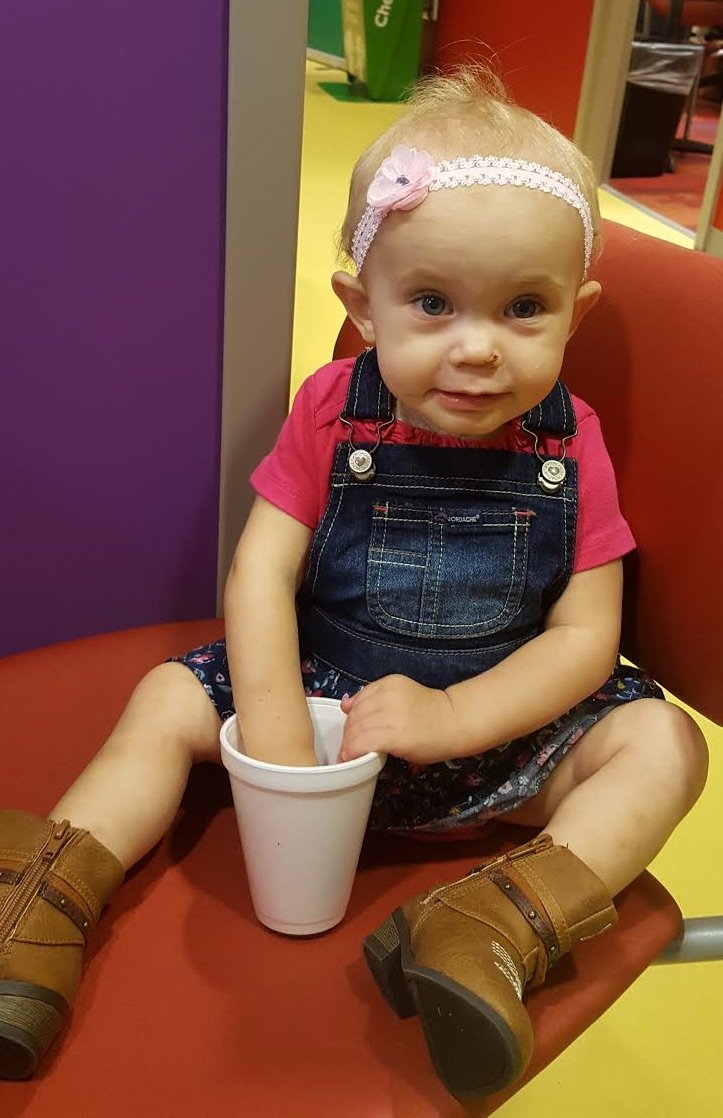 Windland was born February 19, 2015. My pregnancy was normal until about 8 and a half months. Two antibodies were found during regular blood work. I was advised they would have to monitor her with weekly ultrasounds. The doctors thought she should migh be anemic so they monitored her blood flow in her brain. They also talked about the possibly of needing an in utero transfusion or one right after she was born. But, during the weekly ultrasounds everything looked normal.

Windland was born at 4:23pm and weighed 6lbs 15oz and was gorgeous. She slept through the night just like her sisters. The next morning, the doctors did blood work and saw that her bilirubin was high. They placed her on the bilirubin blanket and put her under the lights. We stayed in the hospital for 4 days and were released with a bilirubin blanket to take home. Windland slept a lot but I thought it was normal because she was on the blanket. She was finally able to come of the blanket at a week and a half old but still continued to sleep a lot.

At 2 weeks old we brought her to our pediatrician to check her bilirubin levels and discovered that her hemoglobin levels were at a 6. They called the only pediatric hematologist that we have in town and he advised to bring her back in on Monday to recheck and we did. Her levels dropped to 3 and she was hospitalized. Getting an IV started was very traumatic for all of us. It took them several tries to get the IV started and eventually they were able to place one in her head. We were told that it was the antibodies were causing the anemia and that a transfusion will help. We thought this was a one-time thing. We thought we were in the clear till another transfusion was needed.

Windland has had two bone marrow biopsies. Her first one was done at 5 months old but was not able to give any information, although we knew something was off. At 9 months she had her second one. This one came back with more on an idea of what our next steps would be. At 10 months she had she had a PICC Line placed for her monthly transfusion. She has had a total of 18 to date.

Windland was diagnosed with Pearson Syndrome on April 19, 2016. All we knew about this disease was there is no cure and it will cause havoc on her little body. Windland is fighter. Even after everything she has gone through she remains full of joy and happiness. She loves to dance, sing, be silly, and spend time with her Grandparents.