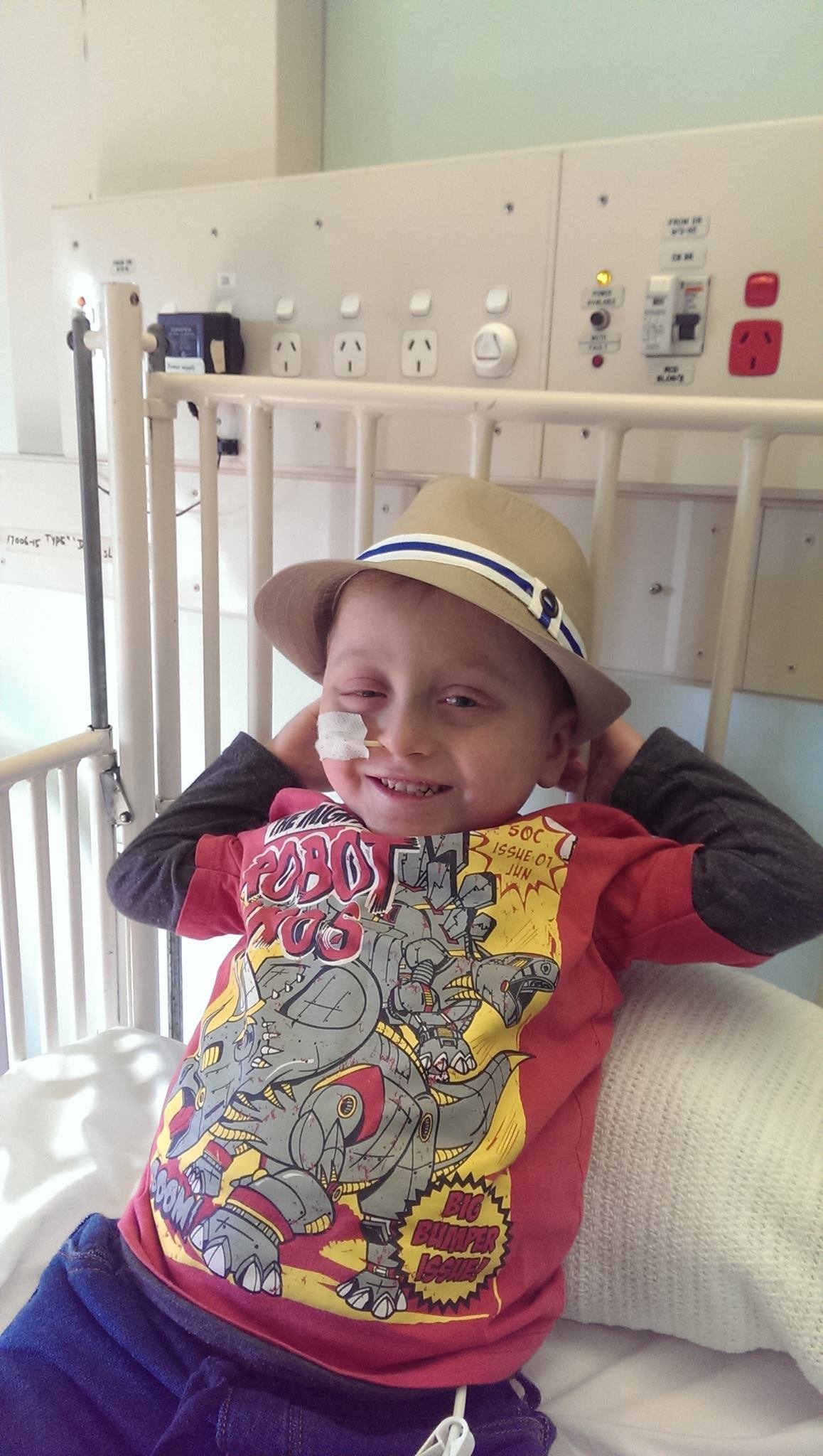 His prematurity meant he had a tough start to life but at 6 months of age we though the worst was over. Little did we know that two months later he would be diagnosed with Pearson Syndrome, a disease that would eventually take his life in 2014, just one month shy of his sixth birthday.

Life for Aidan was not always easy. The disease affected his bones, his liver, his kidneys and eventually his brain. There were many long hospital stays, many painful procedures and constant medical intervention. He was tube fed, had weekly platelet transfusions weekly and monthly blood transfusions, just to name a few.

Yet Aidan was a true fighter. Despite not being able to walk unaided until the age of three and enduring several fractures, Aidan found his own way to get around, using his walker when needed or scooting around on his various little bikes. Although he was delayed in his speech, that didn’t stop him either, he invented his own hand gestures to get his point across.

Aidan was extremely passionate. Whether it be grooving to Yo Gabba Gabba, singing to The Wiggles or playing football, he threw himself into every new interest with gusto. He had a passion for life and impacted everyone he met. He is sadly missed by his mum, dad and little brother, Ollie.