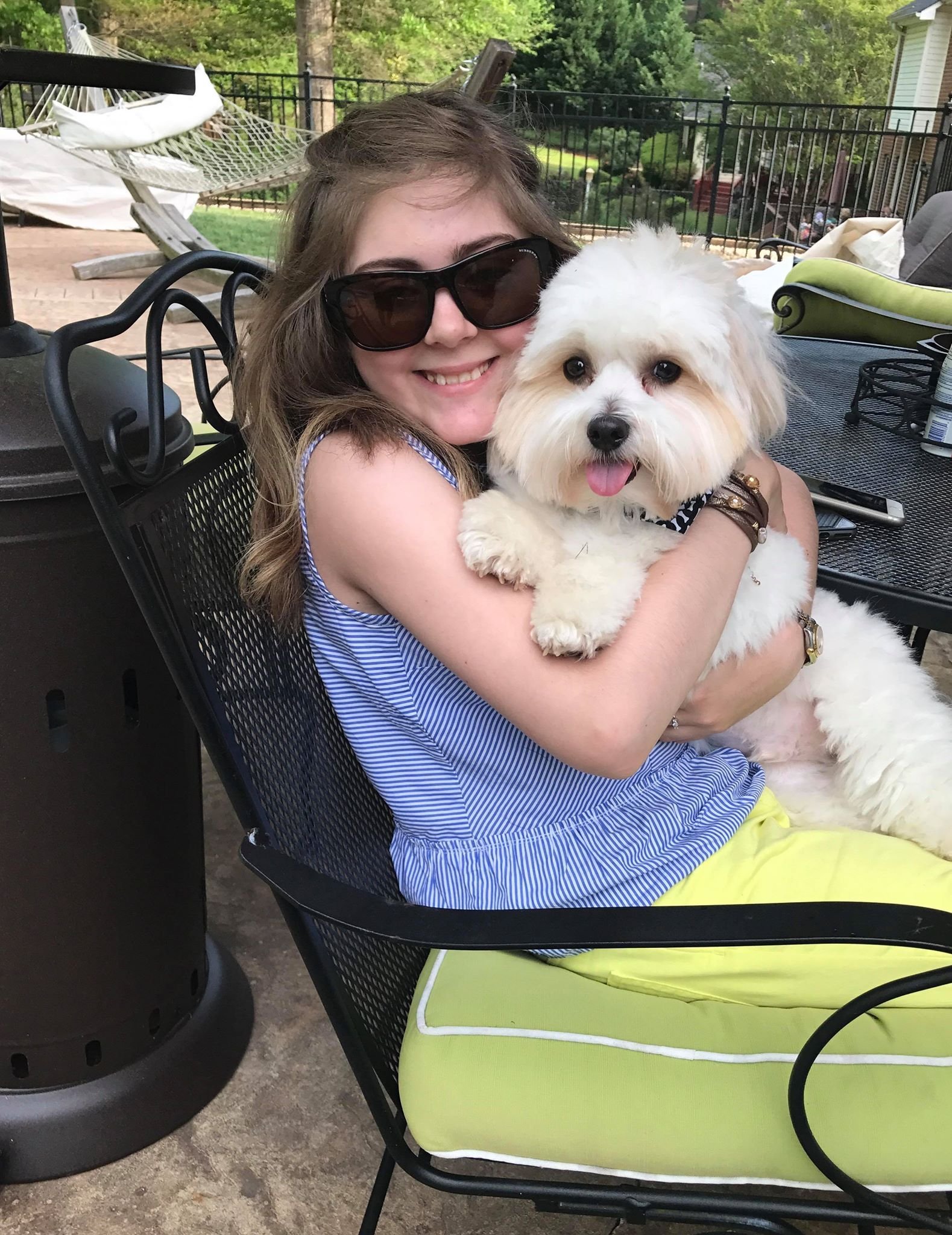 Rylan, who is my second child, was born July 9, 2009.  She was full term and appeared to be completely healthy at birth. We had waited six years in between my first child and Rylan, so we were all over the moon when she was born. We loved this wonderful time and it wasn't until Rylan was a little over 5 months old that we first noticed something was not right. I actually thought she had an ear infection because she was fussy and just not herself. When the pediatrician saw her, he was immediately alarmed at how pale she was. They ordered blood work and found her hemoglobin was 4. We were immediately rushed to Levine's Children's Hospital in Charlotte, NC were they began running test to determine what was going on and she received her first blood transfusion. They did a bone marrow biopsy, lots of blood work, and one by one they eliminated leukemia, Diamond Blackfan Anemia, and all other obvious causes of anemia. A true godsend was when Rylan was first admitted, Dr Daniel McMahon was the doctor we first saw and he was instrumental in getting an early diagnosis. After everything came back negative, he told us he wanted to send Rylan's blood to Emory because he wanted to test for Pearson's Syndrome. We were terrified, so for the next 2 weeks, we waited to hear from him. January 8, 2003, the day that changed our lives forever, it was confirmed Rylan had Pearson's Syndrome.

Over the next 3 years, Rylan was in and out of the hospital for blood transfusions and sickness. It seemed that she couldn't fight off any germ, so the children's hospital became our home away from home. Gradually her bone marrow regenerated and the blood transfusions became farther and farther apart until she no longer needed them at all!! Right before Rylan's 3rd birthday she was diagnosed with type 1 diabetes and I admit it, I took this very hard. I thought why should she have to endure so many health obstacles and wishing I could take her place. Through it all Rylan remained the happiest and most loving child. Other than the diabetes, once she no longer needed blood transfusions, Rylan experienced a time of very good health and we thought the worst was behind us. She attended school and lived a pretty normal life.

When Rylan was 9, I started noticing changes in her vision and hearing. Over the next few years it would only get worse. She is now legally blind and her hearing has deteriorated to the point she wears hearing aids. These changes were our first indication that Rylan disease was progressing to Kearns Sayre Syndrome. So in 2011 we made our first trip to the Cleveland Clinic, where we could see a mitochondrial specialist, Dr. Parikh and a team of doctors who would work together for Rylan. Once at Cleveland Clinic they confirmed Rylan's disease was definitely now Kearns Sayre, yet another heartbreak!!! Rylan's heart has also been affected by the progression of this disease. In 2013, because she had heart block, Rylan had to have a pacemaker implanted. Once again so thankful for a wonderful Doctor, Peter Aziz, who did Rylan's surgery.

Through all her health trials and progression of this disease, Rylan has been such a blessing to our family. She faces each day like a normal kid and she definitely does not like to be treated differently. She is 17, which is a miracle in itself, and dreams of going to college and of a future for herself. A dream that the Champ Foundation has made a possibility for her and so many others with this horrible disease. Rylan lives life to the fullest and is the light of our family’s life. Rylan’s life has been full of challenges and health obstacles, but through it all she has remained joyful and happy no matter the circumstances.