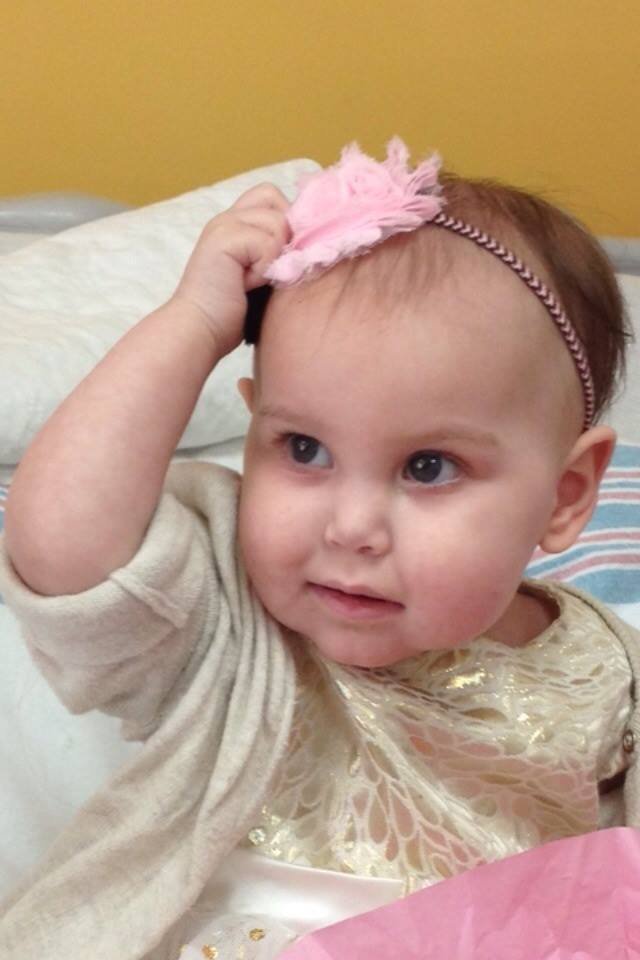 Liel was born premature in December 2014. Shortly after birth she was hospitalized for anemia and apnea for a month and had ongoing issues with blood counts but eventually normalized.

She loved her cartoons, roaring with the lion and making monkey noises with the monkey. The family dog and cat were her best friends and she was always quick to inform everyone if they entered the room. She was very smart, eventually being able to communicate in both Hebrew and English.

At 11 to 12 months, her weight gain stopped, then started going down. She was admitted in January of 2014 and lived the rest of her short life in hospitals. While she didn’t like the IV’s, blood draws, and various testing, she quickly became a favorite of all the staff wherever she went.

She was very giving. If you entered her room she wanted to share anything she had with her at the time with you. Her snacks, her toys, her water. So much so, that she would demand you take whatever she had before you could carry out your business. You could hear her singing down the halls of the ICU to her favorite music (The Beatles and Simon and Garfunkel), and if you were lucky you might catch her dancing along.

If not that, you were required to smell her flowers (her favorite thing).

Liel suffered from Fanconi syndrome and had failing kidneys. Eventually, her liver began to fail and eventually moved to complete failure.

The name Liel means “I have power.” And she did. She touched the lives of everyone that knew her and many that never had the opportunity.